Enthusiasts sometimes speak in distressed tones when discussing the future of the automobile. Will a time come when we aren’t allowed to modify our cars? Will internal combustion engines and their volatile fuels simply cease to exist? Is the self-driving revolution going to take away my evening release, wherein I plant my right foot firmly into a throttle pedal, leaving the cares and worries from the office behind in a cloud of spent fumes?

Not any time soon, especially if companies like Italian-based Totem Automobili keep doing what they do best: extensively modifying and modernizing classics to meet our lofty 21st-century expectations. But, don’t call them ‘restomods’, they say.

Riccardo Quaggio, the founder of Totem Automobili, worked with Honda as well as in the Style department of Alfa Romeo before starting his venture in 2018 “with the aim of building the car he’s been always dreaming of as a kid.” Both models the company plans to produce — the GT Super and the GT Electric — begin with a vintage Alfa GT Junior as the base, which is mated to a carbon-fiber monocoque that was developed in-house. The resulting steel-and-carbon tub is said to feature Formula 1 technology and manufacturing techniques that hail from the aeronautics industry. That all sounds great, but being Italian a very important question comes to mind before we get into the meat of the machine: how does it look?

The original Giulia that the GT Junior replaced by the mid-1960s was penned by Giorgetto Giugiaro at Bertone. That is not an easy act to follow, and fiddling around with such an iconic design is a dangerous game. Many of the familiar classic queues are still there, but in rebuilding the car, the vintage charm of the original Alfa is slightly muddled by the increased width and mass of the GT Super and GT Electric.

The new carbon-fiber bodywork is nearly 20 percent wider than that of the donor car, and it’s around 10 percent longer, too. Meanwhile, the wheelbase is up to 2,500mm (98.4 inches) from 2,250mm (88.6 inches). Coupled with what appears to be the original roofline, the newfound girth looks fairly impressive, especially from the rear. The machined-alloy “Millerighe” turbine-style wheels measure 18” in diameter and are nice on their own, but they don’t quite manage to tie it all together when mounted on the car. The other wheel option is a GTA-styled monoblock that, again, looks good as a wheel but serves up mixed feelings once it’s installed. Individual components and some areas of the car do look fantastic, but as a whole it ends up appearing awkward from certain angles. This can’t be said of the Giugiaro-styled original GT Junior, which is as beautiful in your rearview mirror as it is once it passes you. Again, that’s a very high bar to be measured against.

The cockpits will be configurable based on customer preference, but on the whole a retro layout is maintained while the materials and feel are decidedly modern. A pair of high-back bucket seats with carbon-fiber shells and leather upholstery support you in the corners, while a quilted leather cargo shelf and carbon-fiber cross brace are installed in lieu of rear seats. Carbon-fiber trim is found adjacent to polished-alloy components, and simple switchgear is located under a stereo with a small screen in the center of the dash. A simple two-gauge cluster is retained, albeit without the smaller center gauges and now with less attractive instrumentation than the classic Veglia pieces. Hinges, knobs and other details are CNC-machined and feature detailed textures and inlays, which provide a premium feel that harks back to the coachbuilders of old.

What matters when you’re behind the wheel is what’s underneath that enlarged carbon-fiber shell. The double wishbone suspension is carved from billet aluminum blocks, and damping is provided by R53 shocks. Stopping power comes from Brembo four-piston aluminum monobloc calipers front and rear (with a six-pot option up front), which are paired with internally ventilated and cross-drilled rotors. Bolt these parts up to that modern monocoque and this is surely a combination that provides for razor-sharp, reliable, and repeatable handling. Both models are rear-wheel drive, but how this drive is produced is where the two finally differ.

The first model to be released by Totem Automobili, the GT Electric is exactly as it sounds. More than 500 horsepower and approximately 808 lb-ft of torque is delivered from an electric motor to an actual sequential gearbox before reaching the wheels. Through software trickery Totem Automobili claims to deliver an ICE-like driving experience with an “emulated rpm” that takes you to various shift points. With instant torque and launch control on tap, you’ll find yourself at 100 km/h in just 2.9 seconds from a standstill, though top speed is electronically limited to 255 km/h (158 mph). Claimed range is up to 500 kilometers (310 miles) on a single charge, and fast-charging for 15 minutes should get you to 80% capacity. Electric motoring like this doesn’t sound half bad, although on the topic of sound, the GT Electric does come with one caveat: if you enjoy the auditory experience of a sports car, you will need to make due with the thirteen interior and exterior speakers simulating customizable “engine” sounds — a hit or miss depending on how much of a purist you pride yourself in being.

If you want real engine sounds, the GT Super is the one for you. The gasoline-powered configuration manages to weigh 120 kilograms (265 pounds) less than its nearly identical electric twin with a curb weight of 1,180 kilograms (2,601 pounds), and in top spec it produces more high-end power, too. Code-named “Gloria”, the twin-turbocharged and intercooled 2.8L V6 is mated to a rear-mounted six-speed manual transaxle with a limited-slip differential, which helps balance the weight front to rear. Electronically managed individual throttle bodies, stainless-steel exhaust manifolds, and direct injection work together to provide up to 740 horsepower and 627 lb-ft of torque. 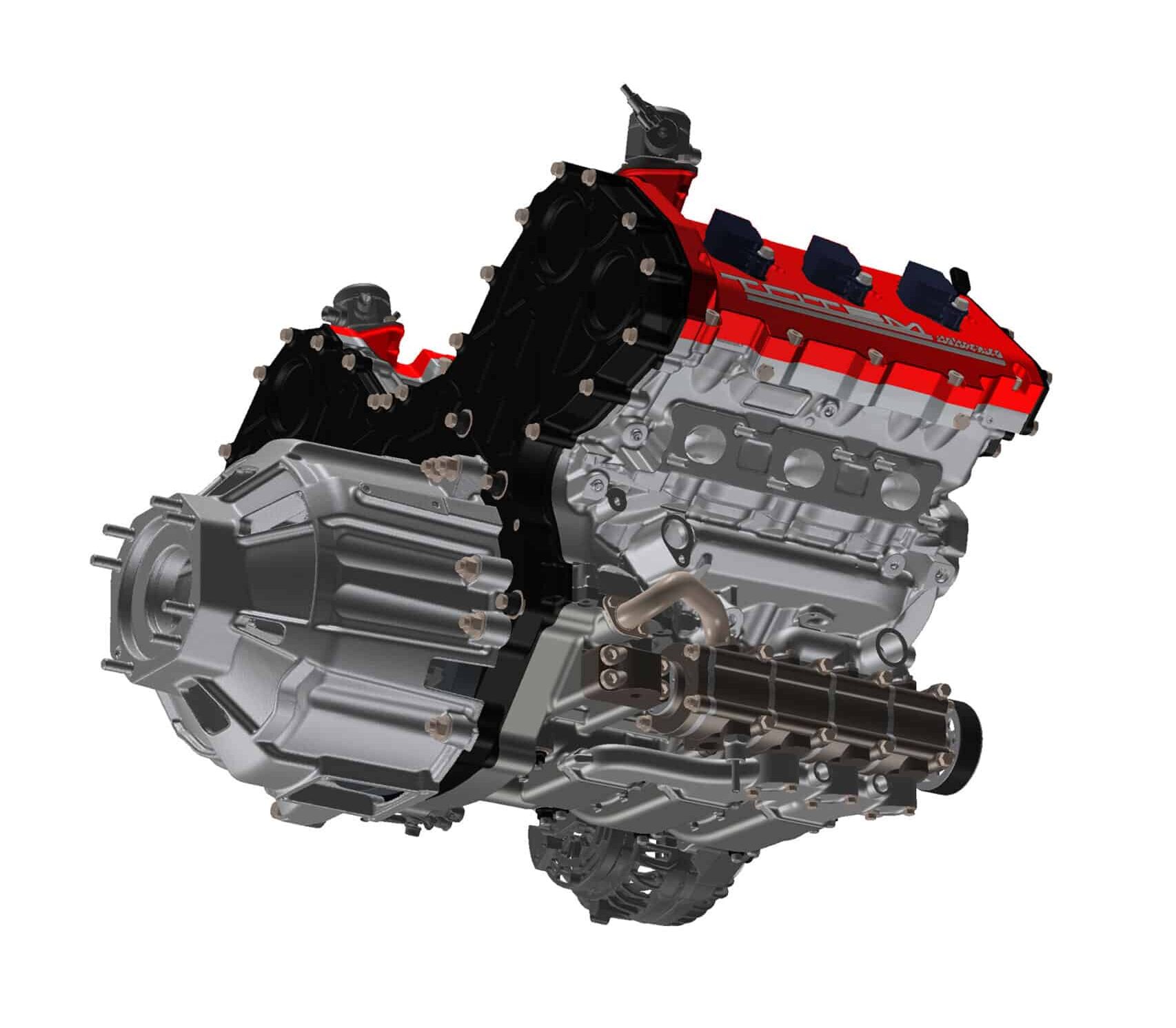 How Much Will It Cost You?

All of this power, the luxurious cabin, the premium materials, the space-grade chassis, and countless hours of R&D do not come cheap. The GT Electric and GT Super are reported to start at $430,000 and $460,000 respectively, with bespoke appointments and higher-spec configurations likely to increase this substantially. Quantities are limited, of course.

The classic GT Junior experience is long gone, the Bertone styling has been reborn, and one doesn’t even have an engine. But Totem Automobili aren’t claiming to give you a Giulia. Instead they’re providing a modern supercar with vintage roots. They did say not to call it a restomod, and they were right.