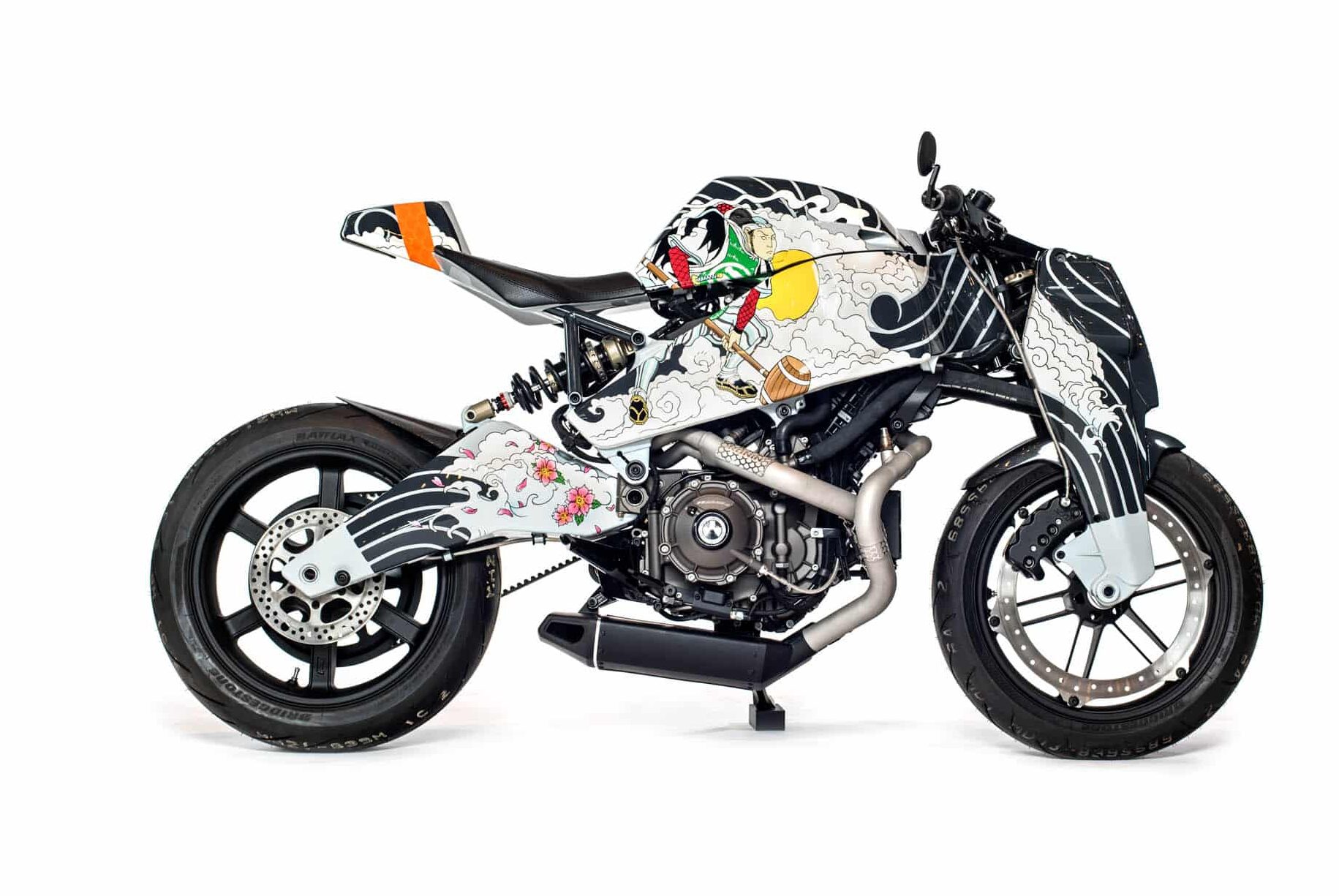 Ronin is a Japanese word for a samurai without a master, a wanderer without a mission. The word harkens back to the true story of 47 samurai warriors intent on revenge for their master’s death. In late 2009, after Harley-Davidson discontinued its performance-focused brand, Buell, Mike Mayberry and Richard Fitzpatrick of firearm accessory manufacturer, Magpul Industries Corp., bought two, 146-horsepower Buell 1125R sport bikes to give them new lives, and new missions, as Ronin.

Keenly aware that great design means making something simple and intuitive, they applied their manufacturing expertise to a mechanical and cosmetic overhaul of the bikes, working their way around its Rotax engine and fuel-in-frame chassis. Less than a year later, they unveiled the dramatic Magpul Ronin.

Enthusiasts loved the Ronin and opened their wallets, so Mayberry and Fitzpatrick decided to do a limited production run.

All the things Mayberry and Fitzpatrick loved about the 1125R — its frame, swingarm, and engine — remained untouched as they tossed out trim and plastics, designed a new exhaust, and replaced the side radiators with a bigger, bolder, more efficient radiator mounted on the bike’s nose. The Ronin features a custom mono-shock linkage suspension, a unitized handlebar assembly, and a cast aluminum tail section. Perhaps its most striking feature is its fork; full-size, 3D-printed wax patterns allowed Mayberry and Fitzpatrick to work two stacked headlights on the right side of the fork and a coolant overflow system on the left.

Enthusiasts loved the Ronin and opened their wallets, so Mayberry and Fitzpatrick decided to do a limited production run. They created a “pop-up” manufacturing company, Ronin Motor Works, in Denver, Colorado. Drawing inspiration from the Japanese folklore story, Ronin Motor Works produced a total 47 of bikes, each named after the warriors in the legend. The Ronins were built and released in batches with various colorways and design schemes; the final five “art bikes” were released in early 2017.

This is number two of 47 and is the final bike in the art series, designed by Denver illustrator Samuel Lee Turner. It portrays the only warrior of the 47 who remained alive after they exacted revenge: Samurai Teraoka Nobuyuki. Teraoka was charged with watching over and soothing the spirits of his deceased comrades, who are represented by the mountain creatures found on the right side of the bike. On the left side, he is shown holding his weapon of choice, a heavy hammer. Turner’s extensive knowledge of Japanese illustration and tattoo art is evident in the beautiful hand-painted design. 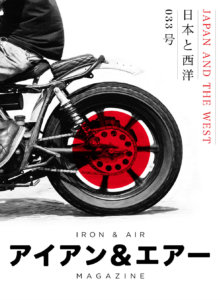