Motorcycles The Crash That Led Kevin Schwantz to Retire From GP RacingA life-changing incident in 1993 caused “34” to move away from grand prix racing.

Rain poured down on the 1986 endurance race at the Texas World Speedway, but the red flag didn’t come out. Even as water pooled on the track, racers kept going, tiptoeing on the edge of adhesion. But one rider, Kevin Schwantz, had his face shield open, steering with one hand at nearly 100 mph, waving over his shoulder at other riders as he laid his feet up on the handlebars and casually aquaplaned across the drenched track. Said fellow racer Vernon Davis, “That’s when we knew he wasn’t like everybody — like anybody — else.”

Born in Houston, Texas, in 1964, Schwantz grew up in his parents’ motorcycle dealership and began riding a Bonanza minibike at only three years old. He started competing in trials, moved to motocross in his teens, and eventually landed in road racing. From the outset he displayed exceptional riding skills, although not everything came naturally. “When I started road racing, I just used to ride like I was on the dirt,” he remembered. “It wasn’t pretty. I just used to lock up the rear brake going into the corner trying to get it stopped with the bike hopping and skittering all over the place. That was the way I thought you did it.”

But Schwantz finally figured it out. In 1984, he got the attention of journalist John Ulrich, who arranged for him to try out for the Yoshimura Suzuki Superbike team. During the test at Willow Springs, Schwantz nearly broke the track record and immediately secured his spot on Suzuki’s team. The following season he claimed his first AMA national victory at Willow Springs, won two more events, and finished the season ranked seventh overall despite entering only half the races.

...Schwantz made up time by braking extremely late going into corners, which he famously described as, “See God, then brake.

Things really heated up during the ‘87 season as Schwantz fought Wayne Rainey for the top spot in what would be remembered as the most intense competition in AMA Superbike history. Throughout the United States and England, both riders delivered thrilling performances race after race, leaving audiences breathless as they battled and banged into each other. They were a study in opposing riding styles — Rainey precise and perfect, Schwantz fast and loose — and they genuinely disliked each other. “I don’t know why I disliked him, except that I knew how much he disliked me,” said Schwantz. “So I figured I’d dislike him just as much.” Rainey eventually triumphed and won the championship, but Schwantz ended that memorable season by winning five out of the last six races.

Suzuki had just introduced its RGV500 into Grand Prix racing, and Schwantz switched seats to become a full-time GP rider. So did Rainey, and the intense duel continued. The RGV500 couldn’t keep up with faster bikes on straights, so Schwantz made up time by braking extremely late going into corners, which he famously described as, “See God, then brake.” It worked more often than not; in 1990, he crashed four times but also won five races.

Schwantz and Rainey continued to nip at each others’ heels and battle for points until disaster struck in 1993 in Misano, Italy, when Rainey suffered a horrible crash that severed his spine and ended his career. Schwantz had gained enough points throughout the season to seal his first world championship victory, but Rainey’s accident had a profound effect on him. “That’s when I realized, fuck, you’re really not bulletproof, you’re not ten feet tall.” He won two more races and retired 18 months later.

In all, Schwantz won 25 Grand Prix races, one more than Rainey, and second only to Eddie Lawson among American riders. As a testament to his skill, competitiveness, and impact on racing, the FIM retired his number 34 — a first in the history of the sport. 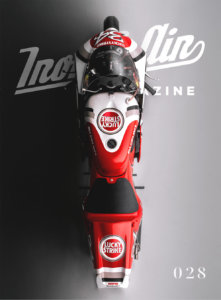