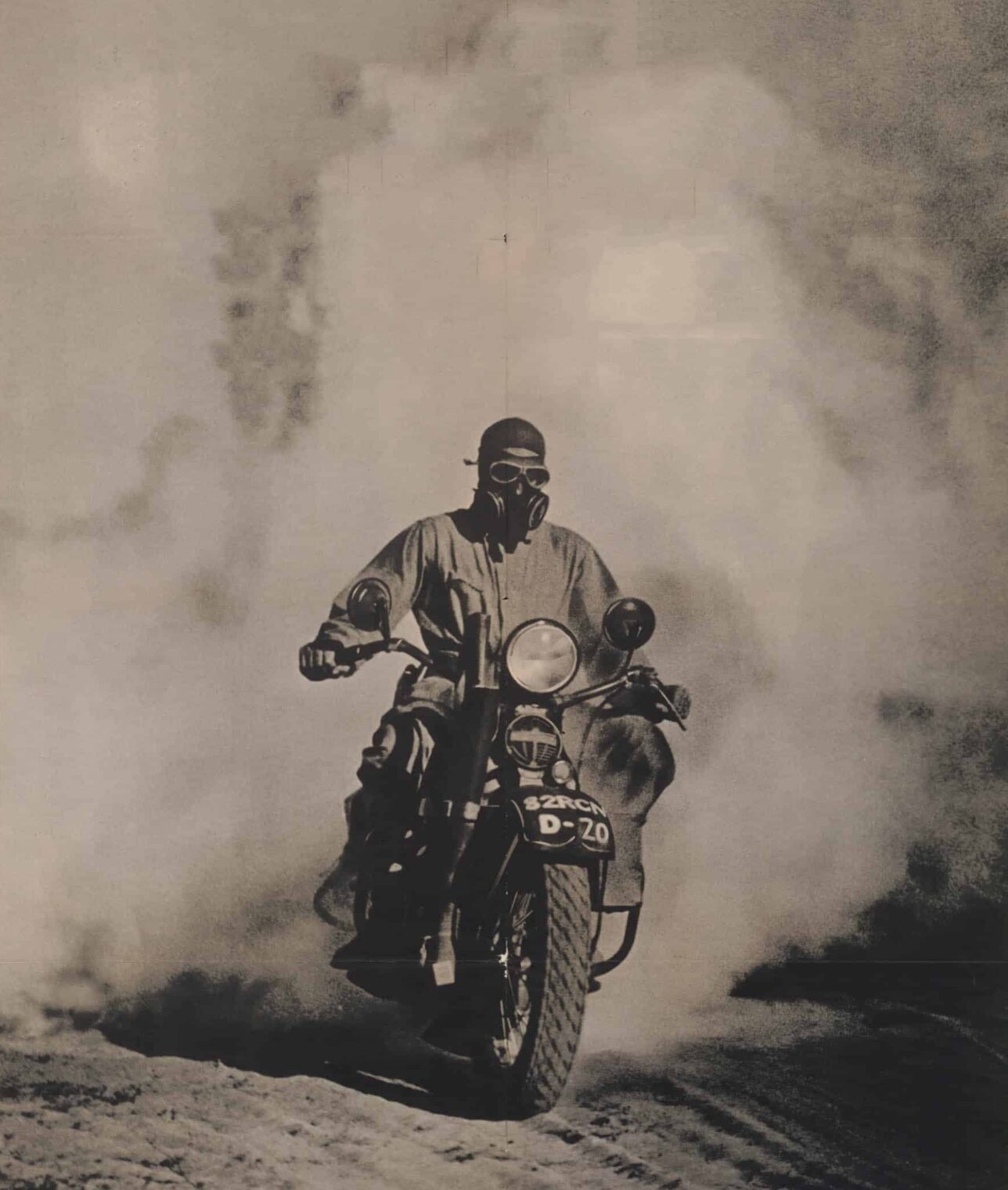 Though the contribution of the motorcycle as a piece of military equipment was significant, its role in times of war is often overlooked. The age of the military motorcycle only spanned from the start of the First World War in 1914 to the introduction of the Jeep in 1941, but that quarter-century unequivocally shaped the relationship we have with motorcycles today.

World War I transformed how wars were fought and won. Nations turned to science and engineering for tactical advantages, using the technological innovations of the time: submarines, airplanes, tanks, machine guns, motorcycles, and more. Embracing these new inventions not only allowed mechanical warfare to proliferate but also enabled more modernized means of production; the ability to manufacture on a massive scale played a huge role in the outcome of WWI and all wars that followed.

The U.S. military first used motorcycles during the Mexican Revolution. In 1916, Mexican revolutionary Pancho Villa attacked the town of Columbus, New Mexico, so President Wilson tapped General “Black Jack” Pershing to capture Villa. Villa’s outfit had been known to ride Indian Powerplus motorcycles, and Pershing used the Harley-Davidson Model J in his pursuit. Though Pershing did not capture Villa, the bikes made an impression, and when the U.S. entered WWI the following year, the military brought along motorcycles.

In England, the membrane between motorcycles and war was permeable from the start. BSA — Birmingham Small Arms — got its start as a conglomerate of gun manufacturers that produced arms for the English army during the Crimean War. During WWI, BSA not only manufactured motorcycles for the war but also 10,000 rifles a week; the company also produced 145,000 Lewis machine guns during World War II. Another up-and-coming motorcycle manufacturer, Royal Enfield, produced arms and precision weapon parts, which inspired the company’s slogan, “Made like a gun. Goes like a bullet.”

Armies used motorcycles mostly for moving information. Before the advent of reliable, portable communication devices, dispatch riders had to physically deliver orders to the front lines. The motorcycle proved to be the right tool for the job because of its range and its ability to maneuver across difficult, obstructed terrain. Those same traits made the motorcycle an invaluable — albeit uncomfortable — tool for transporting wounded soldiers. Motorcycles with stretchers attached like sidecars were used to extract soldiers from the battlefield and transport them to hospitals. The number of casualties in that first mechanized war was horrific and unlike anything seen before; in World War I, an estimated 20 million people died and an equal number were wounded.

Firing the weapon while in motion proved futile, but being on two wheels, machine guns could be moved quickly to more advantageous battle positions, a practice known as the 'shoot and scoot.'

The motorcycle found another use as armies embraced the machine gun, the most destructive weapon of its day; a single man with a machine gun could take on many more conventionally armed enemies. It made perfect sense to combine the overwhelming power of the machine gun with the agility of the motorcycle. This was done to varying degrees of success. Most commonly, the machine gun was mounted to an armored sidecar. Firing the weapon while in motion proved futile, but being on two wheels, machine guns could be moved quickly to more advantageous battle positions, a practice known as the “shoot and scoot.”

(6) A soldier tests the capabilities of the Harley-Davidson WLA.

The U.S. purchased an estimated 80,000 motorcycles during WWI, with most military contracts going to Harley-Davidson and Indian. While Harley flourished in the postwar years, Indian struggled with the transition to a peacetime economy. Indian had directed almost all of its production to the war effort and ended up choking off its domestic distributors, many of whom aligned themselves with Harley-Davidson in order to keep inventory stocked.

The end of the war had other effects on the development of the motorcycle. With the signing of the Treaty of Versailles, Germany had to disband its air force, the Luftstreitkräfte, and aviation manufacturers like BMW were forced to divert their engineering and manufacturing prowess to other pursuits. BMW’s Max Fritz drafted the design for the famed boxer engine in just four weeks and, in 1921, BMW started manufacturing blueprint motors that didn’t wear a BMW badge until 1923. (A similar scenario would play out at the end of World War II, this time with Japan refocusing its engineering efforts to pursue consumer goods like the mass-market motorcycle, which came to dominate the industry.)

World War II showcased the most technically advanced motorcycles of the time. Bikes had become more reliable, and improvements to braking and suspension made them more rideable than ever before. The capture and reverse-engineering of an enemy’s equipment has long been a staple of warfare tactics, and the development of the motorcycle is no exception. When American forces came into contact with the German’s BMWs during WWII, the U.S. government tasked Harley-Davidson with developing its own version of the BMW R71, which led to the limited-run Harley-Davidson XA.

By the early ’40s, though, improvements to battlefield communications and the introduction of the versatile, tough Jeep relegated the motorcycle to military obsolescence. Even if the Jeep hadn’t overtaken the motorcycle as an integral part of military operations, the motorcycle would have been sidelined sooner or later. Unlike other vehicles first used in WWI — submarines, tanks, and airplanes — the simplicity of the motorcycle stunted its development; it simply couldn’t be improved at the same rate as other military machines.

While WWI ushered in the era of the machine, WWII gave birth to the nuclear age. Man harnessed the power of the atom and with it the ability to destroy itself. The horrors of the Great War were dwarfed by those of the Second World War; over 60 million people perished in the deadliest conflict in human history.

When it was over, the U.S. military owned thousands of surplus motorcycles. Homeward-bound G.I.s bought bikes at a fraction of their cost, then established motorcycle clubs across America and catalyzed the growth of motorcycle culture as we know it. To this day, there is an undeniable relationship between veterans and motorcycles, with many MCs dedicated to those who served.

The motorcycle is still in military use in a limited capacity. With seemingly endless conflicts in the Middle East, motorcycles have proven useful in crossing difficult desert terrain to conduct reconnaissance and accompany military convoys. Utilization of the newest technology is still important to the military, which uses an outfitted version of the all-electric Zero, for example, to provide soldiers with nimble, near-silent transportation.

War is the ultimate proving ground for utilitarianism. Either something works or it doesn’t, and if it doesn’t work in combat, it may be the difference between life and death. There is no room to balance form and function; there is only function. The motorcycle did its job when everything was on the line, proved its worth, then gave way to a more sensible solution for the task at hand — but not before laying the foundation for the motorcycles we ride today. 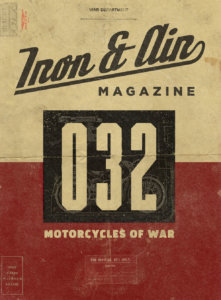