Motorcycles How Kawasaki Motorcycles Became Synonymous With SpeedIn the early 1970s, Kawasaki prioritized speed about all as the brand produced two of the world's fastest motorcycles.

In relative terms, it wasn’t so long ago that it was somewhat rare to see motorcycles on the highways and byways of middle America. Mostly, they were quirky oil-dripping British bikes or nefarious “love ’em or hate ’em” Harley-Davidsons. The truth is, 1960s America was car crazy. Even 16-year-old kids could afford cars and gas was practically free.

The tide began to turn, however, in the late ’60s when the avalanche of Japanese manufacturing technology hit America’s shores. Baby boomers had suddenly become a major purchasing force and motor vehicles evolved from practical and utilitarian to fun and exciting. In motorcycle terms, we all know what happened: four-cylinder overhead cam bikes from Honda suddenly became the new world standard for performance and reliability. And it soon became apparent that Honda wasn’t going to be the only player. Other manufacturers threw their hats into the ring, re-purposing aircraft and military manufacturing facilities to help quench America’s thirst for speed, fun, and adventure.

While Honda promised to provide the impossible trifecta of speed, affordability, and reliability, it became evident that the brand was going to be built on the latter. Kawasaki, on the other hand, put speed at the top of its list. American teens drooled over big block Chevys, side-oiler Fords, and Hemi Mopars; Kawasaki wanted to provide the two-wheeled adrenaline machines to scratch that particular itch. This corporate goal saw the launch of the N100 Plan:

The goal of Kawasaki engineering in the N100 Plan was to create a large bore, fast motorcycle engine for entry into the American market, the largest market for motorcycles. Honda had already introduced its successful Honda CB450 in 1965 and Kawasaki desired to enter that large bore niche.

The N100 Plan called for an air-cooled standard motorcycle with an engine capacity of 500 cubic centimeters. The power output was set at no less than 60ps (equivalent to a per liter horsepower of 120ps). The performance minimum was to make a 13-second standing start 1/4 mile run (0–400 meters) (Wikipedia)

The bikes born out of the N100 Plan live on today in the hands of collectors, enthusiasts and 50-somethings reliving the days of their youth. The leading force behind the cult following of the Kawasaki triple motorcycles is Rick Brett, an Englishman who now calls northern Michigan home.

A year ago, Rick showed me some interesting items from his extensive collection of triple memorabilia. Among these items were original rolls of 2 1/4″ color transparencies taken in 1972, featuring a gentleman named Tony Nicosia aboard an early H2 750 at Orange County International Raceway in California. Rick had purchased the film directly from Tony and it was reasonably apparent that the images had never been published. I felt as though I was staring at found treasure.

At 5’5” and 102 lbs, Tony was the perfect specimen for motorcycle drag racing. Add to that a penchant for speed, superb engine building skills and the heart of a lion, and Kawasaki had their quarterback for N100.

The success of the N100 Plan revolved around Tony, a diminutive ex-USAF serviceman who found himself in Japan in the early ‘60s and was spending a lot of time at local racetracks and drag strips. At 5’5” and 102 lbs, Tony was the perfect specimen for motorcycle drag racing. Add to that a penchant for speed, superb engine building skills and the heart of a lion, and Kawasaki had their quarterback for N100. By the time he retired from Kawasaki in 1973, Tony had set some 120 drag racing records and the Kawasaki brand had become synonymous with speed — a mantle it continues to wear to this day.

It was through a strange chain of events that we came to find a long-lost treasure: the Harley-Davidson Shovelhead tr...

In a somewhat theatrical live demonstration in 1969, Kawasaki technicians uncrated and assembled a brand-new three-cylinder H1 two-stroke 500cc bike at Lion’s Dragstrip in southern California. The press watched with baited breath as fluids were added; with a prod of the kicker, the beast crackled to life. Tony Nicosia piloted the machine to a 12.96 quarter mile at over 100 mph, and the 500 triple was officially the fastest production motorcycle on the planet.

Although the Kawasaki brand has remained at the top of the performance charts for nearly five decades, names like Tony Nicosia and those incredible records set on America’s drag strips of the ’60s and ’70s have slowly faded from memory.

It’s a good thing we have photos to remind us. 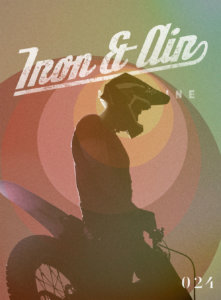