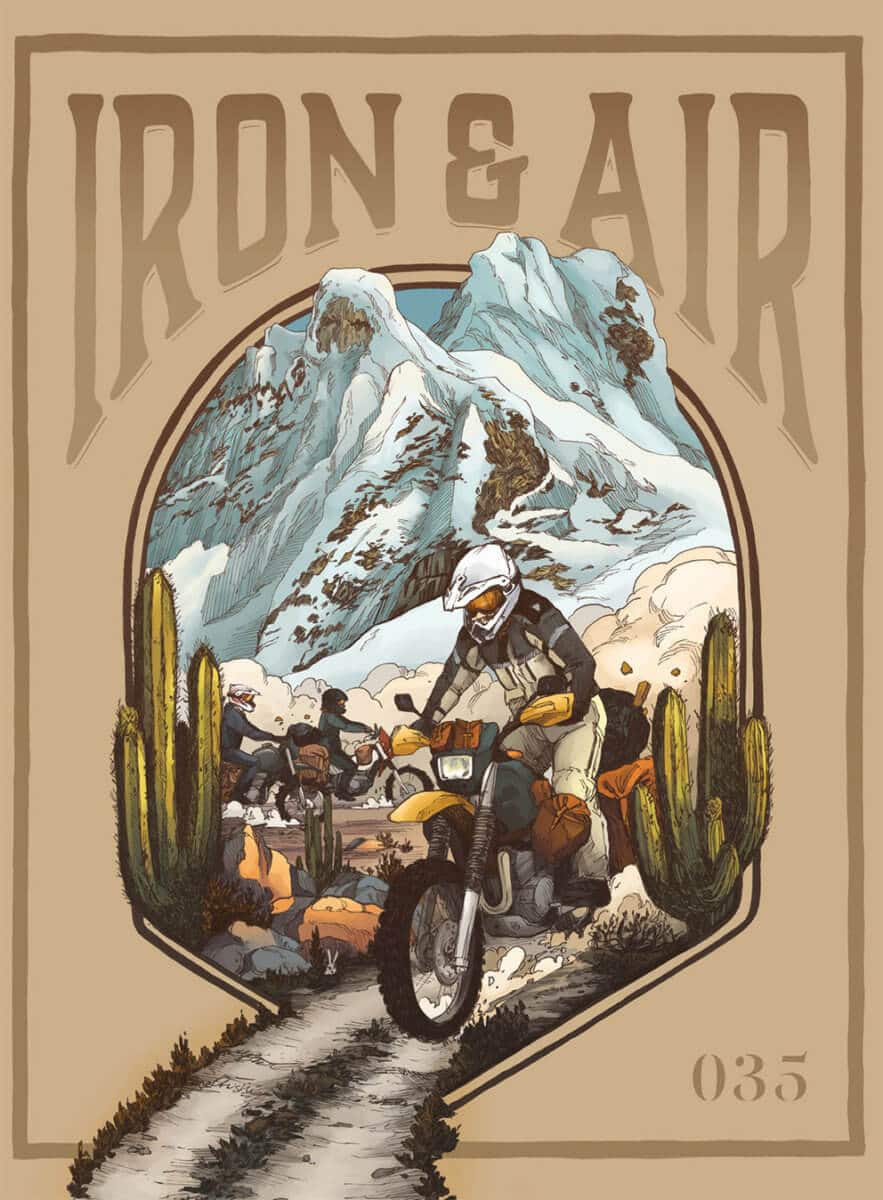 Back to all issues

In this issue, we join James Barkman and his buddies as they face mechanical failures, dangerous weather, and an  avalanche along their two-wheeled journey to Patagonia. We meet seemingly deathproof brothers Aaron and Shaun Guardado, who defied their father’s wishes when they bought their first motorcycles — only to later make their passion a part of the family business. And Shirley Muldowney shares the triumph and struggle of battling gender norms on the drag strip to become the first woman to earn an NHRA racing license — and championship glory.

We also interview cover artist Amanda Zito, and hip-hop duo Four Fists, and learn why industrial designer Sam Aguiar found his muse in a 1972 Harley-Davidson FLH, while Tim Klostermann chose to pursue a land speed record with something of a much smaller variety.

Your journey to full-access starts at just $2.99 and gives you exclusive member-only benefits to help you enjoy the journey even more.

Become a MemberAlready a member? Login

Here’s to the Road Ahead… Become a member to access to every issue.

Iron & Air celebrates both the journey and the destination. We’re motivated like most who seek more out of life: to leap out of bed (or stumble), embrace risk, and chase after a life worth living. While the machines that move us are the binding thread, it’s the places they take us that create the lasting stories we collect and share with you here. Members get digital access to every back issue and the latest issues as they drop.