Culture L’Africain: A Tribute To Hubert AuriolRemembering Hubert Auriol, one of the most prolific Paris-Dakar racers to ever live.

The Dakar Rally is the birthplace of many legends, but Hubert Auriol is one of the most famous names of all. He was the first man to win on both two wheels and four, claiming his maiden victory on a BMW R 80 G/S in 1981.

Born in Ethiopia — hence his nickname, l’Africain — the tall and charismatic Auriol experienced the worst as well as the best of the Dakar. In 1987, while leading on a Cagiva, he crashed heavily and broke both ankles. In considerable pain and on the verge of passing out, he managed to remount the bike and ride it to the stage finish before collapsing. His boots had to be cut off, and that was the end of his two-wheeled Dakar career.

The year 1987 was not a complete write-off for Auriol, though. He joined Le Mans winner Henri Pescarolo on board a twin-prop Lockheed Model 18 Lodestar and broke Howard Hughes’ long-standing record for the fastest global circumnavigation in a propeller aircraft.

By now a household name in France, Auriol switched his attention to cars. His famous rivalry with Belgian rider Gaston Rahier was over, but the headlines continued: Auriol won the rally for a third time in 1992. He crossed the finish line in Cape Town in a highly modified Citroën ZX.

Rain poured down on the 1986 endurance race at the Texas World Speedway, but the red flag didn’t come out. Even as ...

Most people would be happy to end a chapter at this point, but Auriol’s love affair with Africa and the Dakar Rally continued. In 1995, he became the race director and steered the famous event through turbulent times until his retirement in 2004. In the midst of all this, he also found time to become a TV presenter, hosting the cult endurance show Koh-Lanta.

Auriol embodied the concept of a life well-lived, but he died far too young, passing away in January 2021 in Paris at the age of 68 from cardiovascular complications after contracting COVID-19.

(5) The BMW R 80 G/S special Paris-Dakar model. The profile of the first GS special model was significantly influenced by the works racing motorcycles ridden by Auriol and Rahier. 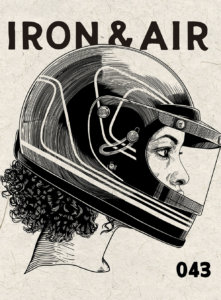