At first glance, the photographic work of Felix Hernandez is an oddly unsettling experience. It’s familiar yet different — like a dream where things seem mostly ordinary, yet ever so slightly off.

His images include dramatic scenes of vehicles from TV and film, including Ghostbusters, The Dukes of Hazzard, and Back to the Future, while others feature vintage automobiles isolated in strange landscapes. It’s only when you peak into Hernandez’s studio that you realize his greatest trick: the vehicles are 1:18 scale. His vast landscapes are merely camera illusions. Dust clouds, sparks, and flashing lights are complex practical effects layered over one another through digital trickery. He’s brought our ordinary world into the palm of his hand, and turned the familiar into something out of the ordinary.

Hernandez is a graphic designer based in Cancún, Mexico, where he manages the creative firm Proyecto Matatema and his photographic studio, Hernandez Dreamphography. It is in this tiny studio where he creates high-impact images for the advertising industry, with a client list that has included the likes of Audi, Volkswagen, BBC Top Gear, Mattel, and Adobe.

Growing up, Hernandez loved watching movies like Star Wars, The Dark Crystal, and Blade Runner, which became a huge influence as he developed his photographic style. Illustrators and concept artists such as Alejandro Burdisio also played a part in developing his artistic eye. Hernandez realized a love and proficiency for working in the studio with scale models and dioramas; there, he was able to employ his knowledge of practical lighting and effects and utilize his ability to digitally manipulate the images he was capturing.

Using a combined analog and digital photographic technique called focus stacking, Hernandez is able to give his tiny models the illusion of scale. Depending on the environment he wants to create, he utilizes numerous practical effect techniques. To create snow, he uses wheat flour; corn flour produces the look of sand. A foggy or layered atmosphere can be created with smoke from a cigarette, or misting water to replicate a rainy day. Corn syrup can be used to create fake water droplets, while butane gas is used to create ice crystals on objects for colder scenes.

Hernandez admits his own thoughts are his biggest obstacles. “New ideas are always popping into my mind,” he says. “There are so many things I want to create. I have had to put rules on myself; if I start a project I have to finish it no matter what other ideas come to mind while working on it.”

Overcoming my fears has become a vice of sorts for me. Every time I have a fear of something, I go and face it.

New ideas are always popping into my mind. There are so many things I want to create. I have had to put rules on myself; if I start a project I have to finish it no matter what other ideas come to mind while working on it.

Hernandez consistently uses his own fear as a motivator. “Overcoming my fears has become a vice of sorts for me. Every time I have a fear of something, I go and face it,” he explains. “It lends to my work to not be in the comfort zone. My kind of photography demands testing and experimenting, and the more I create, the happier I am.”

Reflecting on the current state of photography, he says, “There are a lot of amazing technological developments that will help make our job easier, but could also cause us to become lazy photographers. It’s important to keep developing your own unique style and always be well prepared. Competition among professional photographers is only going to get more intense. But there’s nothing better than creating your own worlds and having the ability to transfer something intangible to something we can all see and touch. I love sharing my visions with others.” 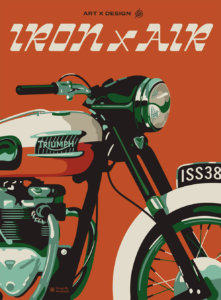