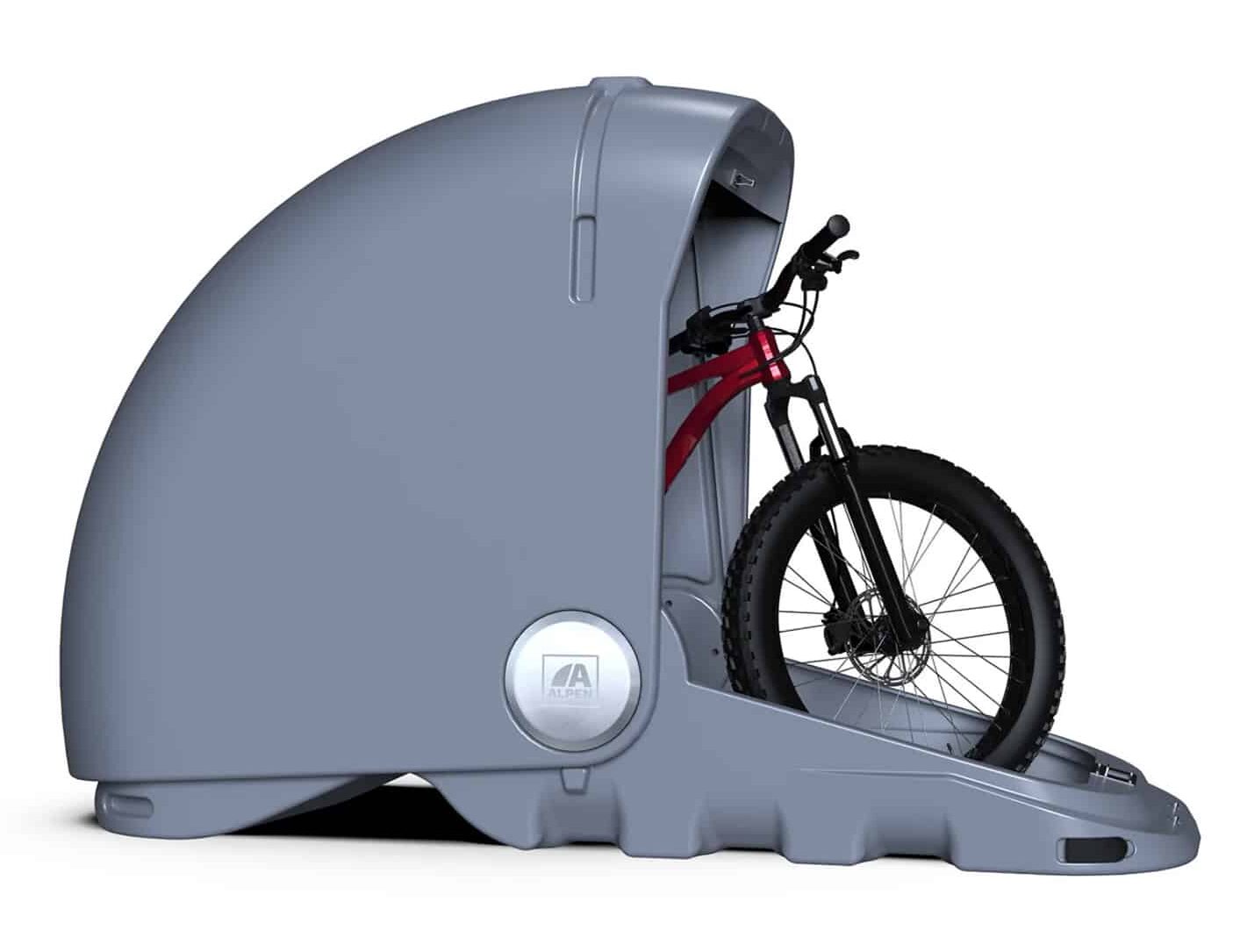 Gear The Basecamp Bike Capsule Allows You to Give Potential Bike Thieves the FingerNearly 200,000 bikes are reported stolen each year. Is $2,500 a price you're willing to pay to keep yours out of the grubby paws of bike pirates?

Because bicycle theft has been increasing, Virginia-based Alpen upped the cycling security market back in 2018 with its Classic Bike Capsule — a sidewalk safe for your bicycle that not only kept your bike out of crooks’ sleazy hands but also kept the nasty elements of weather from rusting and ruining your valuable investment.

Gear The Electric Bike Market is Projected to Skyrocket by 2030

The Basecamp Bike Capsule, $600 more than its older sibling, is designed like a cool-looking spaceship (or snail, as some have described it), which may make it a target for graffiti artists to tag, but will keep your bike safe from becoming a crime statistic.

The necessity for bike storage came from the stolen bicycle history of Alpen’s CEO Eric Pearson, an avid cycling enthusiast who ran through a string of bad luck— having a half dozen bikes stolen over a short span.

“I had six bikes stolen over the course of my life and found myself living in big cities, tight living spaces, my bikes were always kind of in the way,” Pearson said during a 2020 interview.

He’s not alone, as according to statistics, nearly 200,000 bicycle thefts are reported annually in the United States — that doesn’t include the ones that go unreported, which could be an additional 154,000.

The new Basecamp is larger, providing secure shelter for bikes up to 77 inches long and 33 inches wide — in other words, pretty much any bike that isn’t an extended tandem style. It comes with a Bluetooth-enabled locking system that allows you to lock and unlock from your phone via the Alpen app. You can even “whitelist” family and friends who you want to grant access. It also comes with storage bins that can hold equipment, helmets and other gear.

The Basecamp is scheduled to be shipped this fall. You can also preorder one and the Alpen website.